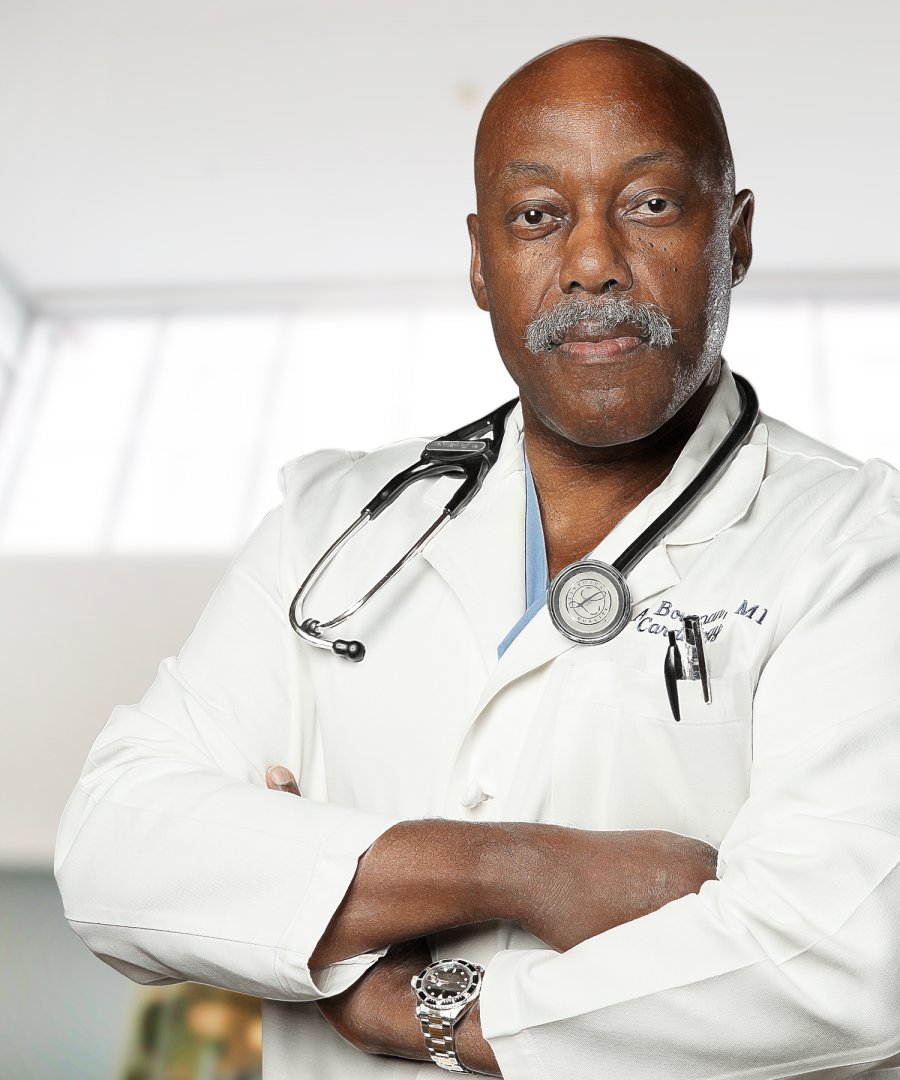 June 22, 2016 (AUGUSTA, GA) –  A beloved Augusta cardiologist and University Health Care System’s Director of Cardiovascular Services Mac A. Bowman, M.D., has been selected as one of 10 Georgia Hospital Heroes by the Georgia Hospital Association.

“I have never met a finer man or a more gifted and devoted physician than Mac Bowman,” said James R. Davis, President/CEO of University Health Care System. “He has always been an advocate for patients as he has faithfully served on the Richmond County Hospital Authority and University’s boards since 2000. Mac quietly and generously gives his time, talent and personal finances to support health initiatives and individuals in need. He is most deserving of the Georgia Hospital Association Hospital Hero Award.”

The award recognizes the very personal and powerful role health care professionals play in the lives of their patients, their hospital and the community they serve, said GHA President/CEO Earl Rogers. Because of the contributions made by dedicated professionals like these – both in and outside of the hospital – many more people are living happier, healthier lives.

The 2016 Hospital Heroes will be honored at a special banquet at GHA’s annual meeting in November.

Employees or physicians of Georgia Hospital Association member hospitals are considered for the annual Georgia Hospital Heroes Award if they have performed a heroic deed or have served the Georgia hospital community with distinction for many years with little fanfare.

About Dr. Bowman: It was the calming hand of a family physician in rural south Georgia, inspecting the cut under the precocious 7-year-old boy’s eye from an errant horseshoe, that inspired Mac Bowman to be a physician.

Dr. Bowman was a multi-sport star athlete and honor graduate of Thomson High School and Virginia Military Institute. He entered the Medical College of Georgia with an interest in pediatrics, but a cardiology rotation in San Francisco during his junior year helped him realize the benefits and importance of the fight against cardiac disease. He founded his private practice, Augusta Heart Associates, in 1993, and in 2011, Dr. Bowman was instrumental in bringing together Augusta’s three largest and most competitive private cardiology practices to form University Cardiology Associates.

With HASP up and running, Dr. Bowman turned his attention to student athletes. He mobilized his students in University’s School of Cardiac & Vascular Technology and other physicians and clinical staff to work with area Boards of Education to organize and provide free annual athlete heart screenings.

Of the 111 students screened in 2015, Dr. Bowman discovered a 16-year-old with previously undiagnosed diabetes so critical he required immediate care. Also that day, the team discovered six students with substantial heart issues, 16 cases of hypertension, 12 cases of pre-hypertension and four students with serious cholesterol issues. These sobering numbers captured the attention of National Football League Hall of Fame Recipient Jerome Bettis who asked to meet with Dr. Bowman after hearing about his efforts to screen and save the lives of young athletes. Without Dr. Bowman’s intervention these kids’ lives were sadly destined to be cut short.

Dr. Bowman is a motivator and mentor to many, and always first in line to assist University Health Care System in accomplishing its mission of “improving the health of those we serve.”