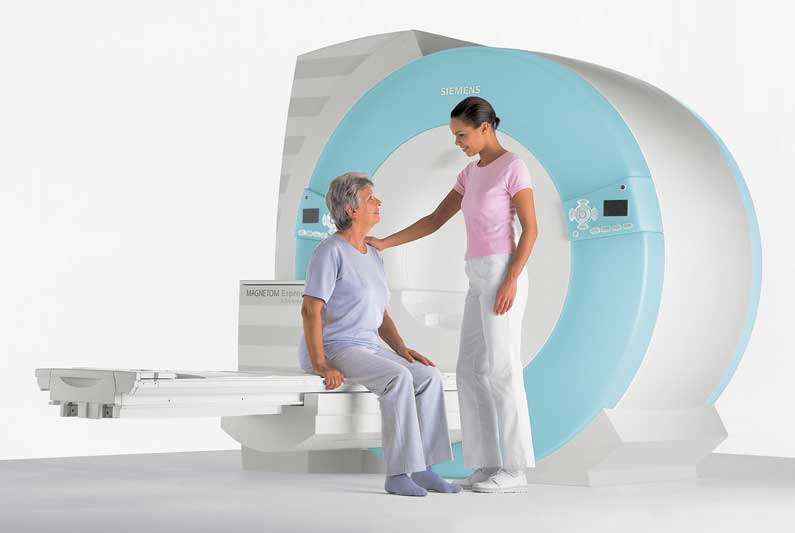 Through the use of a magnet and radio waves similar to those of the AM/FM radio, Magnetic Resonance Imaging (MRI) makes it possible to see detailed images of the body’s internal structures. This technique provides physicians with a higher degree of diagnostic accuracy than ever before. It is a non-invasive method of examining soft tissue of the body, including organs, muscles and tendons. The technology also helps assess injuries and detect a variety of medical conditions, including central nervous system disorders and cancer. MRI can lead to early detection and treatment of disease and, in many instances, eliminate the need for more risky procedures such as exploratory surgery or biopsy. MRI poses no danger to the majority of patients, although certain medical conditions will prevent some people from having an MRI. The strong magnetic field can cause disruption to internally placed devices such as pacemakers, heart valves and aneurysm clips. Pregnant women also should seek their physician’s advice before having an MRI.