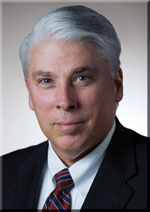 Hospital and Health System leaders who made the list this year include those from Novant Health in Winston-Salem, N.C.; Piedmont Healthcare in Atlanta; the Cleveland Clinic; M.D. Anderson Cancer Center in Houston; and the Mayo Clinic in Rochester, Minn.

Mr. Davis, who has led University Health Care System since 2010, was noted for his growth initiative in purchasing multiple physician practices as well as University Hospital McDuffie. He also was praised for his commitment to quality as exemplified by University being the only Magnet Hospital in our region, as well as its continued "A" safety rating from the Leapfrog Group.

"While I am honored to receive this recognition along with some of this country's top healthcare leaders, I know that it is truly the staff, physicians and board members of University Health Care System who have paved the way for University's quality excellence," Mr. Davis said.

About University Hospital: University Health Care System is anchored by the 581-bed, not-for-profit University Hospital, founded in 1818. The main campus has expanded to include the Heart & Vascular Institute, an Outpatient Center and office buildings that house more than 600 private practice and employed physicians, and various treatment centers. University has the largest primary care and prompt care network in the region and also includes University Hospital McDuffie in Thomson, Ga., numerous medical campuses in two states, Brandon Wilde Continuing Care Retirement Community and two extended care facilities. University is the only hospital in the region to have earned Magnet designation for nursing excellence and has been named the National Research Corporation Consumer Choice Award winner for overall quality and image every year since 1999.